Songmasters and the Songwriters Hall of Fame joined forces in 2010 to recognize and support  the next generation of musical greats.  Songmasters created and annually endows the Holly Prize, a tribute to th 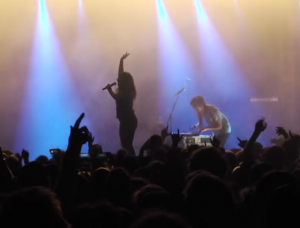 e legacy of Buddy Holly, a Songwriters Hall of Fame inductee. The Holly Prize is administered and juried annually by SongHall with nominations made by the music societies, BMI, ASCAP, and SESAC.

The Holly Prize recognizes breakthrough singer/songwriter/performers whose work reflects Holly’s true, great, and original talent. “Buddy Holly was a groundbreaker musically. He became a rocker when rock was music’s next horizon, and he set a standard for across-the-board talent that has been hard to match,” remarks Songmasters’ Managing Partner, Jennifer Cohen, a long-time music industry executive. “The Holly Prize is meant to recognize young all-in-one musicians who, like Holly, create original works that are entirely fresh and break new musical ground.”

Songmasters and the Songwriters Hall of Fame are committed to providing great music and to helping the next generation of recording artists develop their talents and make outstanding music.