Regan McCarthy has had a distinguished an 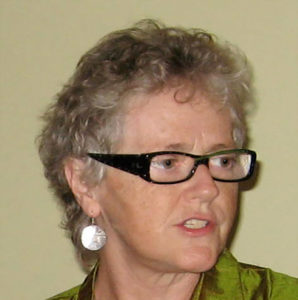 d varied career as an executive, diplomat, media producer, fundraiser, consultant, psychologist, and educator in both the domestic and international arenas. As Senior Partner of Songmasters, Dr. McCarthy oversees its digital media production activities and is responsible for the development and oversight of all philanthropic programs and non-profit and community relations.

Most recently, McCarthy has taken the lead in the development of the education and civic engagement components of The American Road®, a groundbreaking program funded in part by the Ford Foundation to use music to bring a fresh perspective to the social history of modern America.  She co-created and for five years, co-managed POBA | Where The Arts Live®, an acclaimed online arts hub and resource center created by Songmasters for a private foundation, to keep creative legacies alive of talented, under-recognized artists in all media.   She has also been an Executive Co-Producer of several award winning media projects, including a PBS special, top rated music recordings, and related mini-documentaries. She is presently engaged in the launch and development of several initiatives for numerous non-profit organizations, most recently the design and build-up to the launch announcement for the Seal of Excelencia,  a major new program of Excelencia in Education that establishes benchmarks, processes and qualities of higher education institutions committed to accelerating Latino college completion and attainment of degrees.

McCarthy joined Songmasters in 2002 after serving as a diplomat assigned to the Organization for Security and Cooperation in Europe Mission to Bosnia-Herzegovina (OSCE BiH), where as Senior Advisor to the Head of Mission she was responsible for implementation of media policy and reform as well as anti-corruption efforts of the OSCE BiH as mandated in the Dayton Peace Accords. There she created the first and only hotline to protect journalists in situ, which reduced threats to journalists by 75% in less than six months. She was a leader the development of BiH’s “FCC” as well as the laws to protect confidentiality of sources, to decriminalize defamation, to establish freedom of information access and in other ways secure a free media space.  She led the transformation (with the help of the Swiss Government) of an elections-only radio network into the only nationwide radio station serving all of Bosnia. After successfully modeling its programming on NPR, Radio FERN became the #1 station in all markets by serving all the formerly warring peoples of BiH. FERN later became the foundation for the launch of a new post-war public radio network, under the name Radio Jedan (Radio One), still operating today.  She also led the streamlining and modernization of private radio and press outlets in Bosnia, creating a viable, scaled commercial market sector for the first time in the former Yugoslavia.

As President of No Strings Consulting, Inc., McCarthy made substantial contributions in education, program and fund development, in consulting to non-profits and educational institutions, and to individuals and teams through executive coaching. She used the skills and experience acquired as a consultant to develop Songmasters’ Non-Profit Services in 2010, leading efforts in business planning, strategic planning and revenue-generation options for numerous non-profit clients including James Kirk Bernard Foundation, Council on Competitiveness, Coalition for the Homeless, Mentoring USA,Truro Center for the Arts at Castle Hill, W.H.A.T, , and many more. A successful (and happily, former) fundraiser, she has led initiatives that have collectively raised over $500 million for the institutions and causes for which she has worked and/or consulted, primarily through grants, contracts, annual funds, special events, and capital campaigns.

McCarthy has held several Board and Executive positions in major not-for-profits including Shine Global, the New York Urban Coalition, the Liberty Science Center, New York Region Pathwork, Bank Street College of Education, ThinkQuest, and many others.  From 2004-2017, she was President of the Truro Part-Time Resident Taxpayers’ Association  (TPRTA) which represents more than three fourths of the residential taxpayers in that Cape Cod town.  She remains on the TPRTA Board as Past President.

McCarthy also had an extensive career in academia, having served on the graduate faculty of Bank Street College for 14 years and well as Adelphi University and Hofstra University. She has served as visiting lecturer at numerous institutions such as Duke, Wheeler, Lesley and other graduate schools. As administrator at Bank Street, she also contributed to Bank Street’s re-emergence as a leader in early childhood education and as a prime force in the development, use, and research on interdisciplinarity and educational technology in STEM programs, including the widely acclaimed and long-running program, Voyage of the Mimi, which aired on PBS for more than a decade.  She has had the rare privilege to serve as Principal Investigator for projects  funded by the National Science Foundation, studying the use of technology in science and math education. She obtained a Ph.D. in cognitive psychology from Columbia University  and is a licensed psychologist.